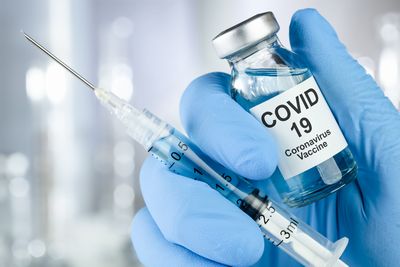 The 46th President, Joe Biden, is reliable. He is the 78-year-old president, the oldest in the US history. At first, we were worried about whether he could perform the demanding job as the president, but after 100days of “honeymoon” period, he has dispelled our initial anxiety with the approval rating at 59%. There is a sense of relief compared to the terrible former President Trump. However, the political situation is difficult. The new coronavirus is still rampant in the world. There is no doubt that President Biden’s evaluation will depend on COVID-19 and economic measures.
President Biden has implemented the “American Rescue Plan,” which includes cash benefit of $1,400 per capita, a total $1.9 trillion to low-income group, as a part of measures against economic disparity. During the time of former President Trump, the similar benefits of $1,200 in March 2020 and $600 in December were paid, so this is the third time. On March 31, President Biden launched an additional $2 trillion of economic measures over the next eight years, including $174 billion for the expansion of electric vehicle (EV) charging stations, $621 billion for infrastructure development such as road repair, and $180 billion in advanced technology investments such as artificial intelligence (AI). They are going to secure the financial resources in the coming 15 years by raising the corporate tax to 28%, which was reduced to 21% during the Trump administration.
According to the April employment statistics released by the US Department of Labor on May 7, the employees in non-farm sector increased by 266,000 from the previous month. The unemployment rate is 6.1%, which is 0.1% worse than the previous month. Real gross domestic product (GDP) in January-March quarter recovered to the level of about 99% of the pre-corona crisis, but the number of the unemployed exceeded 8.9 million, well behind 5.7 million of the pre-corona crisis. Although restaurant business and transportation industries are recovering rapidly, there seems to be a mismatch in that workers avoid low-wage jobs and industries with a high risk of infection because of generous economic measures.
According to the Nikkei newspaper, the cumulative number of infected people in the United States as of May 7 is 32,604,810, with the cumulative number of deaths of 580,064. In addition, the number of infected people as of May 7 is 45,109 on a 7-day moving average. According to Centers for Disease Control and Prevention (CDC), 145 million adults aged 18 and over got vaccinated in the United States as of May 3, reaching to a vaccination rate of 56.3%. President Biden announced that he would aim for at least one vaccination in 70% of adults by July 4, Independence Day. In New York City, stadiums, gyms, stores, restaurants and hairdressing salons will resume normal operation from July 1 to regain economic activities.
On the other hand, there are growing expectations in Europe as well that vaccination will progress and that the economic recovery will accelerate. According to International Monetary Fund (IMF), the current account surplus in the Euro area is expected to be about $400 billion in 2021, and the surplus is expected to be the largest in the world again in the medium to long term.
China has succeeded in taking measures against COVID-19, but due to the excess production capacity of the iron mining industry and the overheating of the real estate market, the current situation is that it is hesitant to aggressively embark on the rescue of state-owned enterprises which are in financial difficulties. 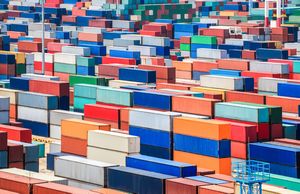 According to the article about ocean freights in the Japan Maritime Daily dated May 7, congestion in the west coast ports and inland areas have not yet been resolved in North America, and due to the increasing demand via the east coast and the impact of the stranded accident on the Suez Canal, the freight for the east coast of North America was $6,419 per 40f, which is $732 up from the previous week, or $1,600 up from the last month of $4,800. The freight for the west coast of North America also increased for three weeks in a row, with an increase by $56, reaching $5,000 per 40f for the first time. Both rates of $4,630 per 20f for Europe and $4,705 per 20f for the Mediterranean Sea on the European route were record high.
With significant increase in profit in the second half, Ocean Network Express (ONE)’s 2020 annual profit dramatically increased by 21.3% year-on-year to record the sales of 1,566.3 billion yen ($14,397 million), and as much as 379 billion yen ($3,484 million) for profit after tax which is 33 times compared to last year. As for the outlook for 2021, there is currently no element of recession, so it is expected to achieve good results for the full year 2021.
The new container price as of the end of March 2021 was $3,550 per 20f, which is unchanged from last month. However, the price increased by about 11% for steel material and decreased by 4% for floorboard. Probably, this difference in material price was absorbed by container manufacturers because of the increased production. 664,970 TEU (Dry: 611,677 TEU, Reefer: 53,293 TEU) were manufactured in April, which is a record number in the past five years. Factory inventory was 337,063 TEU (Dry: 266,463 TEU, Reefer: 70,600 TEU).

Simply adding the total production in April to factory inventory in March, and subtracting factory inventory in April, the number of containers shipped from container factories during April was 617,111 TEU (Dry: 574,494 TEU, Reefer: 42,617 TEU). This is also a record of monthly shipment.
By the way, 7 major leasing companies have started to place large orders in anticipation of a shortage of containers in 2021.

Order volume by leasing companies accounts for 55% for Dry, 72% for Reefer, and 56% in total production.
However, even if things go in this pace, container production in 2021 will not exceed 6 million TEU. This is because shipping companies are considered to have been keeping and operating container stocks more than necessary already. Therefore, it is important to keep in mind that the reaction would be also great. Shipping companies are struggling to bring back excess inventories in Europe and the United States. When that scheme starts to flow smoothly, such surplus inventory of the shipping companies will be re-delivered to the leasing companies all at once. In addition, shipping lines, backed by improved balance in good financial results, are ordering their own containers. Leasing companies also need to take that into consideration.
In Japan, the situation is that the government cannot enforce lockdown (city blockade) to the people due to constitutional law. Therefore, on May 7, the government issued the “emergency declaration” to 6 prefectures and the slightly lenient “stricter COVID-19 measures” to 8 prefectures, depending on the number of infected people, and the medical situation, requesting, without enforcement, store closures, restrictions of event and movement of people, and not to go out until May 31. The compensation for absence from work is small, and the measures are, just on a voluntary basis, lacking decisive factors, so we cannot deny it’s “too little, too late.” Delays in vaccination are exacerbating the situation. Vaccination in Japan began on February 17, targeting healthcare workers (about 4.8 million people). 4.2 million people got vaccinated as of May 6. Single inoculation rate is 54%, and double inoculation rate is 22%. Vaccination to the elderly aged 65 and over (36 million people) began on April 12, and as of May 6, the number of single inoculations was 242,629. This is a pitiful figure of less than 1%.
Most of the people are getting tired of staying at home. Nowadays, it is not realistic to control COVID-19 only by refraining from going out. In order for the people to go out and interact with people safely, vaccination should be done to as many people as possible soonest, to achieve “herd immunity” by getting 60-70% of the population vaccinated.
On April 1, a major industrial gas company, Air Water Inc., a company listed on the First Section of the Tokyo Stock Exchange, announced that it has developed an injection needle that can inoculate six times from one bottle of Pfizer vaccine.
If vaccination is behind schedule, in order to make the best use of the limited vaccines, the government should at least instruct relevant medical institutions and government offices to adopt the injection needles of Air Water Inc. as priority that can inject six times, instead of the conventional needles that can inject only five times. Air Water Inc. aims to produce 300 million needles, including those for overseas markets, by the end of March next year. We feel reliable to the Japanese company for their dexterity in manufacturing. We hope that the government will implement deregulation as soon as possible and focus on domestic vaccine production. That way, Japan will be able to do vaccine diplomacy, and we will no more struggle in the US-China conflict.
(Translated by Ms. Chizuru Oowada)