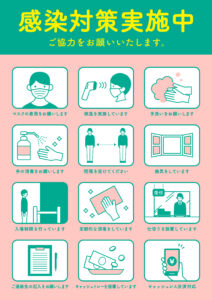 The number of people infected with COVID-19 is dramatically decreasing in Japan. As of Sunday, November 7th, 162 new cases have been reported in Japan as a whole, 21 in Tokyo and 39 in Osaka, a dramatic drop in the number of people infected in major cities. There were no fatalities, for the first time since August 2nd, 2020. Since January 2020, 1,724,519 people have been infected, resulting in 18,320 deaths. Will there be the sixth wave? In Japan, more than 70% of the population has received two doses of the vaccine. Even so, people still wear masks wherever they go, gargle, and wash their hands. There is alcohol hand sanitizer everywhere now, and most people use it so much as to almost get their hands chapped. At the checkout counter in supermarkets, customers keep a good distance behind the person in front, and in restaurants, there are clear sneeze guards between people, a limit is set on the number of people, and windows and doors are opened slightly to ventilate the room. At the same time , when we go home, we take off our shoes at the entrance, take a nice relaxing bath at 40’C to relieve the fatigue of the day, and keep our bodies clean. Have we developed antibodies against COVID-19? According to an authoritative medical expert, the drastic decrease in the number of COVID-19 cases may be due to the delta variant being unable to evolve into a strong variant and ending up to a self-destruction. I believe that,  as well as the acquisition of herd immunity through vaccination, our lifestyle has helped a lot. However, in reality, it seems that one of the main factors is that Japan is maintaining water front measures by basically refusing entry from all other countries currently. I am worried about the delay in the recovery of economic activities.

Meanwhile, the re-spread of the infection is progressing in the world again. It is on the rise in 80 countries around the world, according to the WHO. Germany, where 70% of the population is vaccinated, recorded 37,000 infection cases per day on November 5th. Since the vaccination is only valid for about 6 months, 3rd vaccinations have been started in September in the UK and at the end of September in the U.S. to prevent the spread of the infection. In Russia, the number of deaths per day has reached 1,200 every day. Infection continues to spread in Central and Eastern Europe, including Poland. In Asia, the number of new infections per day in Singapore has remained high at around 3,000. Even in China, which is supposed to have controlled COVID-19 successfully so far, 869 people have been infected throughout China as of November 1st, passing through strict quarantine, probably due to the migration of people during the National Day. There are concerns about what will happen during the Chinese New Year and the Winter Olympic and Paralympic games in February next year, when there will be many people travelling around the country. The report also mentions that 100 countries and regions, including Japan, are experiencing a downward trend. In India, the number of infections per day has dropped from over 400,000 to 10,000. Vietnam and Thailand lifted their lockdowns in October and November respectively, so they are almost ready to resume economic activities. 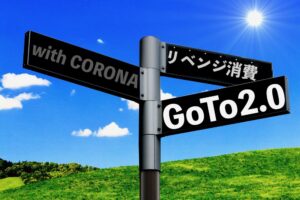 As you know, due to COVID-19, there will be “stay-at-home consumption” and “revenge consumption activity”, so we need to be prepared for that. The pandemic of COVID-19 brought global logistics to a standstill in 2Q and 3Q of 2020, and an unexpectedly strong ” stay-at-home consumption” emerged in 4Q. The high demand for automobiles and other products to support telework created a shortage of semiconductors, leading to a global slowdown and suspension of supply chain and production activities. On the other hand, this was expected to subside in 1Q of 2021, but “stay-at-home consumption” in Europe and the U.S. led to even stronger reactionary demand, which is still continuing in 2Q and 3Q of 2021. The extraordinary demand in Europe and the U.S. is, of course, due in large part to the subsidies provided to the people of each country to help them quickly rebuild their economic activities, as well as to the restaurants and companies that have suffered damage. This strong appetite for consumption has created “stay-at-home consumption” and “revenge consumption”. As a result, the shortage of containers and the rise in ocean freight rates have been pushed to the limit, I suppose. The long berth-waiting of container vessels in the world’s major ports, and the shortage of manpower, chassis, and rails in discharge ports have hindered the flow of goods in the supply chain, all of which are causing a vicious cycle to further container shortages and higher ocean freights.

The following list shows the dry container order volume by the top six leasing companies from January to October this year. The dry container inventory at the end of December last year was about 200,000 TEUs. If we subtract the factory inventory at the end of October this year from the total production volume, roughly 5.2 million TEUs of new containers were picked up by shipping lines in the first 10 months of this year (of course, this includes shipping companies’ own container orders). This is also a historical record. If this trend continues, the total number of new dry containers built in 2021 is expected to exceed 6.5 million TEUs. To put it simply, this is nearly double the amount of new containers manufactured in previous years, and will be a record production volume.

At the end of October 2021
Beacon and CIA are combined in the list, because the owner is Mitsubishi HC Capital for both.

What we have learned from COVID-19 is that we need to produce some of our own daily necessities in our own country. Masks, medicines, etc. were not freely available when needed. I think we need to think more seriously about improving our food self-sufficiency. Also, there is the massive amount of food thrown away every day in our country, and this waste must be avoided. In addition, all of us need to find a way to recycle nearly 100% of our home appliances, automobiles, and plastic waste. We also need to come up with a solution to the problem of coal-fired power plants as soon as possible so that Japan will not be awarded the disgraceful “fossil prize” that the world ridicules us for. 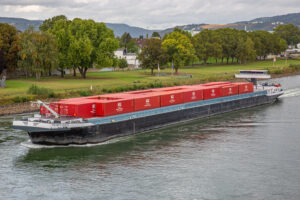 It has been quite a few years since the government advocated a modal shift from trucks to marine and rail transportation. The Port and Harbor Bureau of Yokohama City used barges (container barges) to connect the Port of Yokohama with the Ports of Tokyo and Chiba on a temporary basis to ease traffic in Tokyo area during the Tokyo Olympic and Paralympic games. On September 15th, it was announced that 4,029 TEUs of laden containers and 2,089 TEUs of empty containers had been transported. To avoid congested urban areas, isn’t it worth considering the use of barges for the transportation of containers discharged from container vessels, or laden and empty containers to be loaded onboard? Tokyo and Osaka are canal cities by origin. The Port of Yokohama and the Port of Kawasaki are facing Tokyo Bay, and the Port of Kobe is a great place to transport containers to the Port of Osaka by barges, isn’t it? Needless to say, the major European ports of Rotterdam and Hamburg have canals running deep into the land. Barges are frequently operated there. Instead of gantry cranes which are very expensive to install, reach stackers that can turn in a small radius are used here and there for container handlings to and from barges. I am convinced that this will make modal shift even more effective in Japan.

Finally, I would like to make a request to Prime Minister Fumio Kishida of the Liberal Democratic Party, who won an absolute stable majority in the recently held House of Representatives election. Aside from large companies, for the management of small and medium-sized companies, which account for more than 90% of all companies in Japan, I hope that PM Kishida will provide with a salary increase system, that will allow them to raise the salaries of their employees on a regular basis every year. If such system is available, I believe that many small businesses would be happy to raise the salaries of their employees every year. This would increase spending, raise tax revenue, and greatly improve the country’s economy. According to the OECD, the average annual income of Japanese people in 2019 was $38,617, far behind $65,836 in the U.S., $53,638 in Germany, and $42,285 in Korea. I believe that the more talented employees are paid, the more they will contribute to the company. I am convinced that management’s job is to create the environment where employees want to come to work every day and enjoy their work. There is no doubt that the increase in bonus and salary is one of the major factors. Bonuses are, of course, within the scope of profits, but I raise the salaries of my employees every year. This is my belief. It is a challenge for EFI management because we need to keep on achieving goals. But year after year, our employees have lived up to expectations. I am very proud of them. 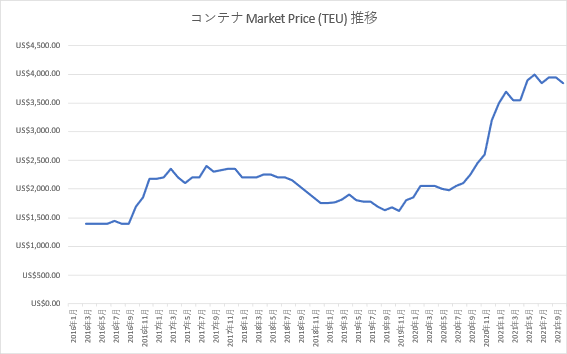