Recently I have been asked what is the impact of the “Russian invasion of Ukraine” on maritime containers. I would have to say that there is a certain impact. Countries around the world are countering Russia’s invasion of Ukraine by means of economic sanctions. They have imposed sanctions such as barring Russia from the international payment system “SWIFT,” freezing the offshore assets of Russian companies and oligarchs, and banning the export & import of Russian agricultural products and manufactured goods. Major shipping and logistics companies such as MSC and Maersk have suspended container transport to and from Russia, disrupting supply chains and forcing Volvo, GM, Ford, VW, and Toyota, which produce cars in Russia, to halt production.
European countries rely on Russia for energy resources such as natural gas, oil, and coal. However, as an additional sanction against the indiscriminate civilian killing by Russia, Germany will reduce its dependence on Russian natural gas, which accounts for 55% of its total natural gas imports, to 10% by 2024. They also plan to reduce its dependence on coal and oil to 0% by the end of 2022. The European Union (EU) also intends to ban imports of Russian coal and embargo oil from this August, and to reduce natural gas imports by one-third by 2023, in an effort to accelerate the country’s shift away from energy dependence on Russia. It is said that immediately stopping energy imports from Russia will have a great effect in terms of economic sanctions. However, doing so requires a certain level of risk and we should be prepared to pay a high price. It is also necessary to take into account the possibility of accelerated inflation. 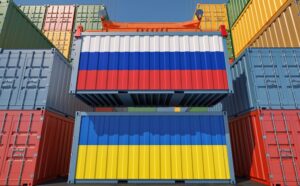 Russia has a nuclear power and is one of the five permanent members of the U.N. Security Council. It boasts the largest territory in the world. It is also a country rich in natural resources. Our lives will be affected, for example food issues. Russia and Ukraine account for 30% of the world’s wheat exports. Ukrainian corn accounts for 16.4% of world exports. If wheat prices soar in African and Middle Eastern countries and conflicts are prolonged, hunger problems will occur, and serious food shortages are expected to happen around the world. Russia is also known as a producer of aluminum, copper, and nickel. An embargo would lead to a global supply shortage, which could result in a sharp rise in the price of construction-related materials. We need to get prepared for this.
Looking at the size of the Russian economy in 2021 GDP scale, Russia has a population of 143 million and the 11th largest GDP in the world with 1.8%. South Korea is ranked 10th with 1.9%, which is higher than Russia’s. It would be easier to consider that Russia’s GDP is about the same size as the South Korea’s. By the way, Japan, with a population of 125 million, ranks third in the world GDP, accounting for 5.7%. The sanctions issue is likely to be prolonged, and if so, the global economy could fall into considerable disruption. Financial institutions and investors that had lent to Russia will not be able to recover their funds. The contraction of banking transactions due to credit uncertainty will be particularly serious for major European financial institutions. On the other hand, given the scale of the Russian economy, it is highly likely that Russia will also become default.
From this perspective, I urge the United Nations to exercise its power, and small countries without nuclear weapons can best be countered by the power of numbers. In this regard, the economic unity of the European Union (EU) is impressive. Of course, this is backed by the North Atlantic Treaty Organization (NATO), a military alliance that consists of 30 nations in Europe and North America. On the other hand, following the example of the courageous and persuasive speech of Ukrainian President Zelensky, I would like Japanese Prime Minister Kishida to take an initiative in the United Nations to mediate the immediate cease-fire in order to bring world peace and to stop Russia’s barbaric actions. The Kishida administration and Japan will surely be reevaluated by the world.

The global economy is still in the midst of recovery from the COVID-19 pandemic. Many vessels are constantly berthing offshore in ports around the world, and in China, a lockdown continues in Shanghai, a city of 25 million people, due to “zero-Covid” policy. The Chinese government’s thoroughness is astonishing. As a result, more than 300 vessels are currently stuck in the port of Shanghai. Consequently, shipping companies have no choice but to adjust their allocation of vessels by port omission or canceling vessels. About the port congestion in Los Angeles and Long Beach, there used to be more than 300 vessels once, is now said to have decreased to 40 vessels, but this is because vessels are now stagnant in China ports due to the “zero-Covid” policy, decreasing stagnant vessels in North America as a result. Negotiations are still ongoing for a renewal of collective agreement with the ILWU/PMA, whose contract is about to expire on July 1st. If the talks are unsuccessful and a strike is executed, port congestion will occur in North America West Coast ports. The supply chain problem is still unpredictable.
According to the March employment statistics released by the U.S. Department of Labor on April 1st, the number of non-farm workers increased by 431,000 from the previous month. The unemployment rate fell 0.2% to 3.6% from 3.8% in the previous month. It is almost back to 3.5%, where it was in February 2020 before COVID-19 disaster. Hispanic and Latino employment is particularly noticeable, according to the report. The labor participation rate was 62.4%, up 0.1% from the previous month. The working population in March was 164.4 million, back to the level at the end of 2019. The U.S. economy is healthy. Once the Russian invasion of Ukraine is resolved and China’s zero-Covid policy succeeds, we can expect a resurgence of economic activity around the world and a strong demand in the U.S. and Europe. As a result, we will face high ocean freight rates, container shortages, and supply chain disruptions as more vessels and containers will be held up in North America and Europe than ever before. In addition, we are likely to see more severe inflation, which will impact global economic activity.

Ocean Network Express (ONE) announced on March 23rd that it will invest more than $20 billion by FY2030. More than half will be allocated to fleet maintenance, 25% to container and other equipment maintenance, and the remainder to IT systems and terminal maintenance. The company aims to achieve a return on equity (ROE) of 10% or more, and to increase the scale of its operating fleets by nearly 60% from the current 1.54 million TEUs to 2.4 million TEUs by FY2030. The company will not enter the 3PL and 4PL fields, and will concentrate on the containership business. This is the very reason why the liner divisions of the three Japanese carriers have been consolidated into ONE. This is very encouraging for shippers and consignees.
Newbuild container price for March was $3,250 per 20f, down $50 (1.5%) from the February price of $3,300 per 20f. Newbuild container production in March was 457,359 TEU (Dry: 421,387 TEU, Reefer: 35,972 TEU), 4.2 times the February production of 108,526 TEU. As a result, the remaining newbuild container factory inventory is 751,810 TEU, which means that 360,389 TEU of containers have been picked up by shipping companies and leasing companies. 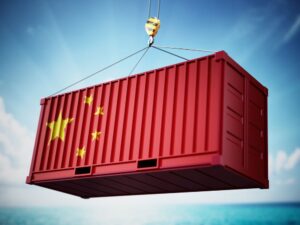 I would like to offer a defense of Chinese container manufacturers here. The Federal Maritime Commission (FMC) has pointed out that “the three largest Chinese operators” account for 86% of the global market share in the manufacture of chassis for marine containers and 95% of the share in the manufacture of marine containers, raising suspicions that they are manipulating market prices. However, from my experience, container manufacturers’ pricing of marine containers is indeed fair. That’s because they are also competing for container sales among CIMC’s local factories, which account for more than 50% of the world’s container manufacturing shares. Perhaps they are doing this to avoid geographical handicaps, but the main reason is to earn foreign currency by exporting steel products manufactured in China in the form of containers which is a lump of iron. This is also true for chassis, which are also lumps of steel, except for tires. Considering that the price of chassis serves the same purpose as the container price, it is more natural to think that Chinese manufacturers are trying to sell many chassis as possible to earn foreign currency, rather than manipulating the market price.
Container prices have fallen for four consecutive months this year, as per attached data. The major shipping companies and container leasing companies in Europe, the U.S., and Asia are the beneficiaries of this trend. Without the presence of Chinese container and chassis manufacturers, the supply chain network would not be as efficient as it is today. We customers are enjoying the benefits. 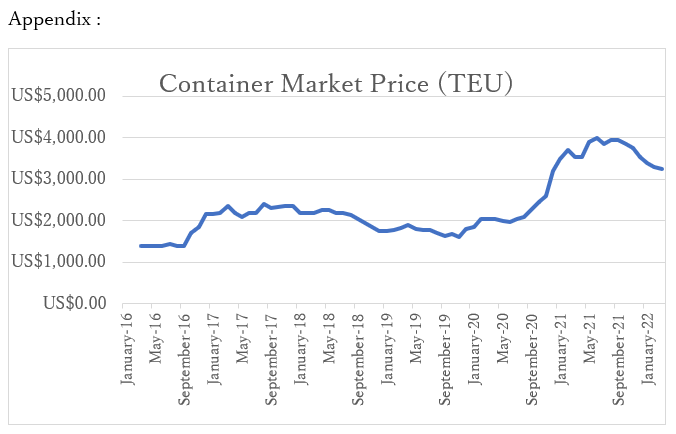