Russia’s invasion of Ukraine is flagrant. The words and actions of Russian President Vladimir Putin are out of the ordinary. We cannot overlook the fact that he is pushing his own people into an unjustified war, attacking Ukraine, which was a federal state during the Soviet era, and indiscriminately killing civilians. Moreover, Russia, which is one of the five permanent members of the UN Security Council (the nuclear powers), is not respected by anyone for threatening other countries with the possible use of nuclear weapons. He is a leader who is changing the perception of world peace, degrading Russia, and putting the Russian people in danger. 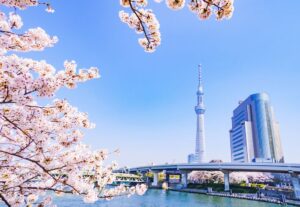 On the other hand, I am proud to be a citizen of a country that has Peace Constitution and has refused to revise it, a country that has been at peace for 77 years since the end of World War II. However, with the world situation changing rapidly, I would like to strongly appeal to politicians that I would like them to make the yen stronger first and foremost, not the reinforcement of arms. The power of a currency is the power of a country. Small and medium-sized enterprises (SMEs) in Japan account for 99.7% of the total number of enterprises and 68.8% of the total number of employees. And SMEs tend to rely on imports, while large companies tend to be export oriented. The strong yen is welcome for the general public as well. Even at $1.00=Yen 80, we are greedy to be an attractive country where many visitors from overseas are willing to come.

The COVID-19 problem has not yet been resolved. While Europe has started easing and abolishing regulations, the highly contagious Omicron variant in the U.S. has come to account for 37% of all infections in New York State. On May 4th, the number of infected cases reached 10,251, exceeding 10,000 for the first time since January 28th. As a result, New York City has raised its COVID-19 alert level from “low” to “medium. In China, Shanghai, Beijing, and other cities are currently under lockdown due to the “zero-Covid” policy. We do not know when this will be lifted, but there is no doubt that COVID-19 still needs to be watched carefully. 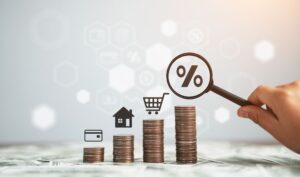 The number of nonfarm employees in the April employment report released by the U.S. Department of Labor on May 6th increased by 428,000 from the previous month, exceeding market expectations of 400,000. The unemployment rate was 3.6%, the same as the previous month. According to the U.S. Department of Commerce on April 26th, the number of new single-family homes sold in March totaled 763,000, down 8.6% from the previous month. This is the third consecutive month of decline, and down 12.6% year-on-year. The increase in mortgage rates is beginning to put the brakes on sales. The average sales price was $436,700, up 21.4% from the same month last year, and strong price increases is still going on due to rising material and labor costs. Meanwhile, demand is beginning to fall as more people give up on home purchases due to rising loan rates. Secondhand house sales in March fell to the lowest level in a year and nine months.
On May 4th, the Federal Reserve Board (FRB) decided to raise interest rates by 0.5% and to start “quantitative tightening” in June to reduce its holdings of Treasury bonds and other assets. This decision was made as a countermeasure against the current rapid inflation, and to maintain strong employment environment, but the “stay-at-home demand” and “revenge demand” from COVID-19 in the U.S. have settled down, and the housing-related demand from WFH has been also calming down. The end of China’s “zero-Covid” policy and the restoration of supply chains and the expansion of imports of daily commodities should resolve the soaring prices that are one of the current inflationary factors. Stagnant production and consumption in China and fears of a recession in Europe will contribute to preventing the U.S. economy from overheating. Of course, Russia’s invasion of Ukraine will undoubtedly spur prices of resources, energy, and food, but I do not think this is a crucial factor.

The World Container Index (WCI) for the eight main routes released by Drewry Maritime Research on May 5th fell 0.5% from the previous week to $7,727.84 per FEU. This is the 10th consecutive weekly decline, but the decline is getting smaller and 41% higher than the same month a year earlier. The average this year was $8,830 per FEU. Regarding the spot freight rates by trade-wise, Shanghai/Rotterdam fell $212, or 2%, to $9,987 per FEU. Shanghai/Los Angeles was $8,564 per FEU and Shanghai/New York was $11,264 per FEU, unchanged from the previous week. They are expected to remain stable.
As of early April 2022, the number of vessel space in operation on the Asia/North America trade totaled 5.75 million TEUs, an increase of 24% year-on-year. Meanwhile, the share of the three major alliances in total vessel space dropped to 67.7% from 82.2% in April last year. This was due not only to the entry of new Chinese and other emerging shipping companies (BAL Containers, CU Lines, SJJ, etc.), but also to Maersk, MSC, CMA-CGM etc. who have temporary put their vessels into operation on their own outside the alliance framework. 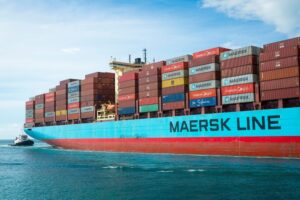 Maersk topped the North American service in terms of tonnage by shipping company as of April 2022, with over 900,000 TEUs, followed by CMA-CGM in second place, MSC in third, COSCO in fourth, ONE in fifth, and Evergreen in sixth. Maersk significantly expanded North American service volume, up 39% from the previous year, but this was due to the solo operating vessels and allocation of temporary voyages outside the alliance framework. MSC, which partners with Maersk, also has a little less than 70% of its North American service outside of alliance quotas on its own independent operations.
According to the research by Sea Intelligence, the number of smaller container vessels entering services in the Asia/North America trade is rapidly increasing. In the Asia/North America West Coast trade, the average vessel scale prior to COVID-19 was 6,000 to 6,500 TEUs, but now it has downsized to 4,500 TEUs. Similarly, in the Asia/North America East Coast trade, it was 7,500 to 8,000 TEUs before COVID-19, and now it has downsized to 6,000 TEUs.

The current hot topic is the ILWU/PMA’s North American West Coast labor negotiations for the first time in eight years, since 2014. In addition, such negotiations under a pandemic are expected to prolong. Until this January, more than 100 container vessels had been held up in the ports of Los Angeles and Long Beach, but this number has now improved to around 40 vessels. However, if vessel handling capacity is limited to about 30 vessels there, we can easily expect the similar or more severe port situation in the ports of Los Angeles and Long Beach, when the lockdown is lifted in China and the import rush from China to the U.S. occurs. Further streamlining of port cargo handling should be inevitable, but since the ILWU has expressed opposition to the automation of terminal cargo handling at PMA, it may take some time to settle the issue.

According to shipping research firm AXS-Alphaliner (France), as of April 25th, there were 208 container vessels with 848,511 TEUs on standby, an increase of 10 vessels from the survey dated April 11th. On a vessel space basis, the number increased by 91,926 TEUs. The upward trend has continued since the Chinese New Year. The ratio of container vessels on standby to total vessel capacity (TEU basis) is 3.4%, or up 0.4% from previous research. This is the highest level recorded since the second half of 2020, and that mainly for large vessels.
According to AXS-Alphaliner, the latest fleet operated by MSC is 4,351,960 TEUs, far ahead of Maersk’s 4,248,120 TEUs, ranking first in the world. MSC currently operates 664 container vessels, of which 186 were acquired from the second-hand market after August 2021. As of April 19th, MSC’s newbuild order backlog stood at 88 vessels with 1,244,486 TEUs, the largest in the industry. Meanwhile, Maersk is aiming to become an integrated logistics provider, maintaining vessel capacity of 4-4.5 million TEUs and increasing profit per TEU. Hapag-Lloyd (Germany) plans to equip all 3 million dry containers with tracking devices by 2023. Reefer containers had been equipped with tracking devices in 2019. It will provide GPS-based location, temperature, and shock data to customers in real time, allowing them to track the container movement around the world. This will be a big attraction for customers.

According to Shipping Guide, CIMC, the world’s largest container manufacturer, sold 354,000 TEUs of dry containers in the first quarter (January-March) this year, down 21.5% from the same period last year, and 32,000 TEUs of reefer containers, down 29.6%, both significant declines. However, sales amount increased by 23.2% to 35.6 billion yuan, operating income increased 17.6% to 2.7 billion yuan, and net income increased 15.4% to 2 billion yuan. Compared to the record high sales volume in 1Q2021, it declined significantly this year, but still dry container sales volume was 25.6% above the average 1Q sales volume in the past three years, while down 6.6% for reefers. Container manufacturers in China are qualified to make a good profit, to provide us with containers of excellent quality.