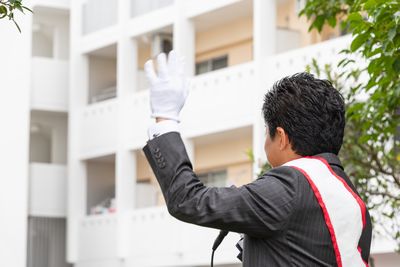 Last October, the Kishida Cabinet was inaugurated. Prime Minister Fumio Kishida is a very fortunate man. He has been ridiculed as “Mr. Considering” because of the slowness of his decision making, but has this slowness won him the trust of the people? His approval rating has remained above 50%. As a result, the LDP has won a majority in the House of Councilors election by itself and putting the four parties together that are open to constitutional revision, Komeito, the Japan Innovation Party, and the National Democratic Party, it has exceeded the two-thirds of the seats in the House of Councilors required to initiate constitutional revision. Meanwhile, former Prime Minister Shinzo Abe, who had hoped to revise the Constitution, was gunned down during campaign speech on July 8th. We are proud of this Japanese politician, to whom the condolences are extended from all over the world. Prime Minister Kishida is on the verge of revising the Constitution, which even Abe, who was in tenure for eight years and eight months, the longest of any prime minister in history, was unable to accomplish. He is about to leave his name in Japanese political history as a great politician. I hope that he will succeed the will of former Prime Minister Abe and make Japan a country that can defend itself by its own strength. I am convinced that the manifestation of the will of the people in this House of Councilors election is the result of Russia’s invasion of Ukraine. Looking at the world trend, how outdated is the “Peace Constitution”? As long as there is an anachronistic country that invades other countries and expands its territory by force, we cannot defend ourselves unarmed. 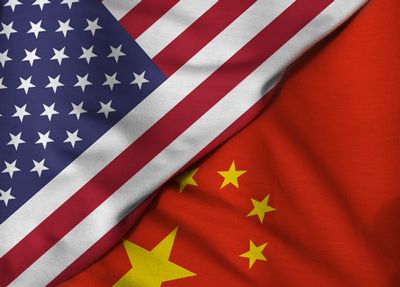 According to the June employment statistics released by the U.S. Department of Labor on June 8th, the number of nonfarm employees increased by 372,000 from the previous month. This was much higher than the market forecast of a 250,000 increase. The unemployment rate was 3.6%, unchanged from March. Average hourly wage rose 0.3% from the previous month. Year-over-year growth remains high at 5.1%. The U.S. economy has overcome the COVID-19 disaster and is recovering well. Meanwhile, the Federal Reserve Board (FRB) is tightening interest rates to contain high inflation. We cannot overlook the possibility that this could slow down economic activity in the future, affecting consumer spending and housing construction.
One month has passed since the Shanghai lockdown was lifted at the end of June, but exports from the Chinese side have not returned normal, perhaps due to the aftereffects of the two-month lockdown. The lockdown has been enforced in cities other than Shanghai due to the zero-Covid policy, slowing down the economic revival. As a result, the Nikkei forecasts China’s gross domestic product (GDP) growth for 2022 at 4.1%, considerably less than the Chinese government’s 5.5% forecast.

The global manufacturing industry currently appears to have a significant excess inventory. In order to meet “stay-at-home demand” and “revenge demand” of the COVID-19 disaster, raw material was stocked, but product shipments were delayed due to lockdowns. Companies, sensing the signs of an economic slowdown due to inflation, might possibly adjust production schedule to adjust inventories, and we must point out this may further cause the economic slowdown.

According to the Shanghai Shipping Exchange’s SCFI dated July 1st and Drewry Maritime Research released on July 7th, spot freight rates on the Pacific and Asia/Europe routes each continues to decline slightly from the previous week. The decline was particularly significant for North American East Coast and North European routes. In addition, port congestion continues at major U.S. East Coast ports. At the Port of New York, congestion is worsening, with 17 vessels waiting offshore and taking up to 20 days to berth. At the Port of Savannah, more than 30 container vessels are waiting offshore, taking 10 to 12 days to berth. The North European region is experiencing a decrease in transportation demand due to the sanctions against Russia. In addition, the problem of securing port workers due to summer vacations and other reasons is becoming more serious. The impact of the strike at the Port of Hamburg and the re-spread of COVID-19 infection in some areas cannot be overlooked. 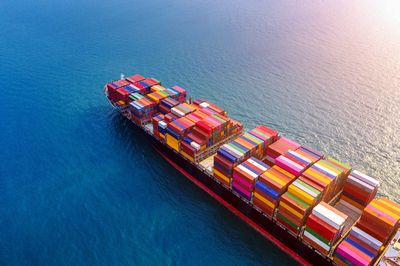 Alliance carriers are adjusting vessel space by deploying temporary vessels outside Alliance quota, to avoid lower freight rates due to excess space in the event of reduced exports from China and Asia.
The reason why Alliance’s share decreased to 82.2% in April 2021 and 67.7% in April 2022 is said to be partly due to the entry of new shipping companies into the market, but mainly due to the deployment of temporary vessels outside the Alliance’s framework.

Currently, the ILWU/PMA are continuing negotiation after July 1st, when the contract expired, while still performing its daily duties. Shipping Guide reports that the ILWU is proposing to impose a surcharge called “Displaced worker impact fee” on empty containers returned overseas to offset public costs resulting from the loss of dockworker jobs caused by the automation of cargo handling at LA/LB ports. What an incomprehensible proposal. It is ideal for shipping lines that they have cargos to carry on both rounds. However, most importing destinations do not have export cargoes. The reality is that shipping lines send back more than half of containers empty to container demand area. It has long been said that most containers on their way back carry air. It is unacceptable to impose a surcharge on those empty containers, no matter what the name of the surcharge may be. However, the disruption of North American port operations due to the strike must be avoided. 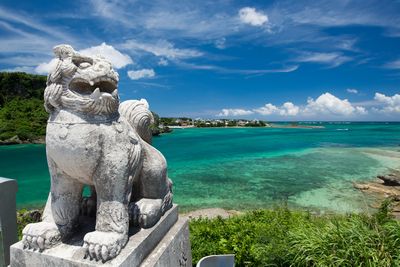 On a certain day in July, we went on a business trip to Naha, Okinawa for two days and one night. The 8:00 a.m. flight was fully booked, and we took off with high school students on a school trip to Okinawa. I was surprised to see a long line of 50-60 meters long waiting for rent-a- car procedures at Naha Airport. I was belatedly surprised to see how popular Okinawa is among young couples. The typhoon had passed, the sky was blue, and the temperature was 30 degrees Celsius, lower than Tokyo’s 35 degrees Celsius, so I felt like I was on a summer vacation in Okinawa. I had a good impression of Okinawa hospitality when cold mini plastic bottles of water or tea were served by each client we visited. I flew back on the 10:00 a.m. flight the next morning, which was also fully booked, and my impression is that Okinawa is a hot spot for tourists.
This year marks the 50th anniversary of the handover of Okinawa to Japan on May 15th, 1972. More than 70% of the U.S. military bases in Japan are in Okinawa. We can’t thank people in Okinawa enough. Geographically, Okinawa is a tourist spot with world-class natural coral reefs. It is also located within easy reach of China and South Asia. It is closer to Taiwan than from the main island. Why not designate Okinawa as a special economic zone and invite many industries with tariff exemptions, income tax incentives, etc. to make Okinawa a future carbon-free marine city? Wouldn’t this be of some help to people in Okinawa who are suffering from the base problem?
(Translated by Ms. Chizuru Oowada)