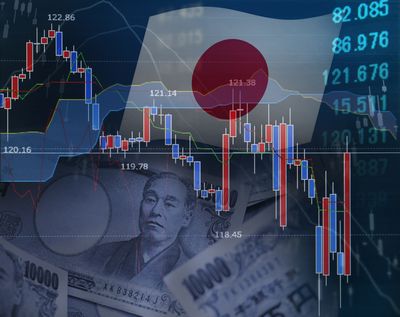 I would like to speak out against Mr. Kuroda, the Governor of Bank of Japan. While other countries are raising interest rates to counter inflation, I hope that impolitic “zero interest rate” policy will be discontinued. What does he think of the lives of the common people who are suffering from the influence of sharp depreciation of the Japanese yen? Monthly price hikes for imported products, gasoline, electricity, and foodstuffs like flour, continue to bear down on the lives of the common people. The weak yen has little effect on those who have already taken measures against the strong yen and relocated their factories overseas.
Export industries are mostly dominated by major companies, and they are not affected by the fluctuation of the yen exchange rate. Nikkei reports that more than 50 listed companies have upwardly revised their net income to nearly 1 trillion yen. In addition, large company employees are high earners. On the other hand, small and medium-sized enterprises account for about 70% of all jobs in Japan. Most of them are victims of inflation. Under the Corona disaster, I don’t think they can expect salary increase, let alone bonuses.
The yen-dollar exchange rate moved up and down at least from the low of $1.00=Yen114 in November 2017 to the high of $1.00=Yen103 in January 2020, through June 2021. After June 2021, however, the yen began to depreciate sharply, hitting $1.00=Yen138 on July 15, 2022, and currently stands at $1.00=Yen135. In about one year, the yen has depreciated by 25 to 28 yen, or 22 to 25%. This is reflected in the high prices of imported products and raw materials, causing hardship to the ordinary people. It can be said that this is equivalent to a 22-25% reduction in the income of the ordinary people. If the BOJ had raised interest rates in line with the U.S. policy of raising interest rates, such a sharp depreciation of yen could have been prevented. Perhaps it would have been possible to keep it around $1.00=Yen120 by now. At the very least, the yen would not have been sold off to such an extent by yen speculators. I do not think there is any problem in keeping the yen-dollar exchange rate at around $1.00=Yen110, given Japan’s potential. The exchange rate is the power of the nation. I hope that Mr. Kuroda, the Governor of Bank of Japan, will regain a strong yen as soon as possible to protect the common people. 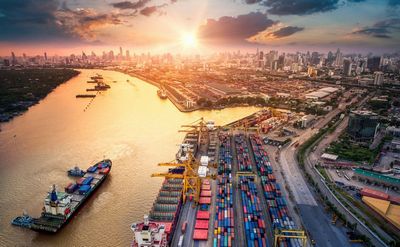 On August 5th, the U.S. Department of Labor released July’s nonfarm payrolls report, which showed 528,000 increase from the previous month, much higher than the market forecast of 249,000. The unemployment rate also fell to 3.5% from market expectations of 3.6%, bringing it back to its lowest level since February 2020. As a result, many experts believe that the economy has not entered a recession.
ILWU/PMA labor negotiations at the West Coast ports of North America have been continued since July 1st, with no major delays in port operations. However, rail connections at both LA and LB ports are expected to get poorer in the future as ILWU workers, sympathetic to owner-operator drivers who oppose the implementation of California’s “gig worker” (AB5) law, refuse to cross picket lines. It is expected to become more serious in the peak summer season.
In Europe, there are now numerous wages strikes against high inflation in Hamburg and Bremerhaven in Germany, Rotterdam in the Netherlands, major ports in Belgium, and Felixstowe and Liverpool in the UK. As a result, disruptions are occurring at major European ports, and on top of that, there are fears that the post-Shanghai lockdown cargo rush ex China, will further affect European ports in the future, causing further disruption to supply chains under the impact of economic sanctions due to Russia’s invasion of Ukraine. Containership operators are concerned about a further decline in the percentage of on-time operations. China’s economic growth is expected to be sluggish due to the collapse of the domestic land bubble and the “zero-Covid” policy, and spot ocean freight rates are expected to decline. Meanwhile, the economies of North America and Europe also need to be watched carefully, as inflation will suppress consumer confidence and high interest rates will have a body blow effect on investment.

Nikkei reported on Saturday, August 6th that Ocean Network Express (ONE) formed a consortium with three major shareholders of the U.S company Atlas (who own 68% of Atlas’ shares), that owns the world’s largest container shipowner, Seaspan, and proposed a TOB for the remaining 32% stake of the company. The industry newspapers carried front-page headlines about this on Monday, August 8th. Atlas is a major global asset management company listed on the NYSE. Seaspan, a wholly owned subsidiary of Atlas, is the world’s largest container shipowner with 132 vessels and a total tonnage of approximately 1,147,980 TEU as of March 31st, 2022. When subsequent newbuild orders are added, the company has a total tonnage of 1.95 million TEU. ONE has also chartered 28 container vessels from the company. 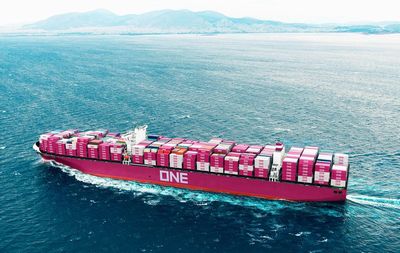 Hanjin Shipping’s bankruptcy in August 2017 triggered major liner operators such as MSC, Maersk, and CMA CGM, to review the fierce scale expansion policy they had been following, and to diversify their businesses. They have moved out of the traditional role of ocean carriers that only undertake ocean transport and have begun to shift their focus to logistics management. In contrast, the three Japanese carriers merged their liner divisions to establish Ocean Network Express (ONE) in July 2017, to become a competitive Mega-Carrier by scale expansion. As of August 2022, ONE is the seventh largest liner operator in the world with 150 vessels and 1,503,759 TEU. Including the 35 ultra large container vessels with more than 20,000 TEU capacity, and other vessels currently on order, ONE has a total of 205 vessels in its fleet.
The COVID-19 outbreak in Wuhan, China at the end of 2019 forced countries around the world to lock down for pandemic spread prevention. As a result, Supply Chain disruption, logistics disruption, stagnant port operations in many countries, and especially the chronic long-term delays of vessel departures of at the LA/LB ports in the US caused a major damage to the global economy. This has caused a vessel space shortage for export containers from China, the world’s manufacturing factory, as well as serious delays in the empty container positioning from North America, the consumption area, resulting in a historic rise in ocean freight rates. Although the industry is now ridiculed as a tramp service due to the inability to operate as scheduled liner service, COVID-19 has reminded us of the importance of liner shipping business.
ONE, which merged the liner divisions of three Japanese carriers, appears to be making the opposite move when compared to the global Mega-Carriers. It seems that these Mega-Carriers such as MSC, Maersk, and CMA CGM are trying to diversify their business field beyond the container liner business, just like three Japanese carriers, NYK, MOL, and K Line had been trying to do it. In fact, three Japanese carriers have been very stable as shipping companies, with one of PCC (car carrier), dry bulk, tanker, LNG, terminal, cruise ship, and logistics businesses performing well even when their container liner business was in the doldrums. ONE, on the contrary, specializes in the container line business. Now other Mega- Carriers seem to be moving away from container liner business. Is ONE one lap behind? I don’t think so. In a sense, a company may not be able to fully focus on container liner business due to diversification, and also the company’s excellence and concentration may be dispersed. I am convinced that in the future, a dedicated liner operator like ONE will be able to provide shippers with the best service by making good use of the hardware and software of marine logistics.
The news that ONE was thinking of becoming associated with Seaspan was a bit of a surprise, but to me it gave the impression ”ONE, finally”. It has just recently started to expand its vessel fleet, but it is necessary not only to return the profits earned to investors, but also to invest them for its future self. I was a little concerned about ONE’s slow movement, and I believe that ONE teaming up with a major Atlas shareholder to take a stake in Atlas will create synergy with Seaspan, the world’s largest container shipowner. I am convinced that ONE’s entry into the shipowner business will be a great help not only to Seaspan but also to ONE. While other Mega-Carriers are diversifying their business into logistics and other areas besides the container liner business, it is significant that ONE has finally established its own identity as a liner shipping operator. This is a significant step forward for ONE’s future business expansion.