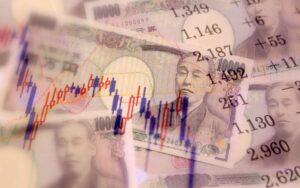 BOJ Governor Kuroda must be feeling as if he is sitting on a bed of thorns every day. Currently, the yen is weakening even more sharply, at $1.00=Yen 144, and some people say it may go further to $1.00=Yen160. According to Teikoku Databank, the number of products whose prices are scheduled to increase in October is 6,532, about 2.6 times the number of 2,493 products in August which was the largest number yet this year, and is expected to exceed 20,000 products for the year 2022. At least half of the increase is said to be due to the weak yen. And, if the yen continues to depreciate, the number of items whose prices will be raised will increase further.
Governor Kuroda may be hoping that this super depreciation of the yen will act on Japan’s deflationary economy that has caused stagnation for the past 30 years, causing inflation, leading to higher wages and an economic upward spiral. However, the U.S. economy is steady and it is expected to take the Federal Reserve Board (FRB) considerable time to control high inflation. Small and medium-sized enterprises (SMEs) in Japan account for 99.7% of the total and about 70% of the total number of employees. Their business conditions are directly related to the Japanese economy. In that sense, this sharp depreciation of the yen is bad for SMEs and for us general public.
In fiscal year 2021, corporate retained earnings, or accumulated profits, exceeded 500 trillion yen. Most of those profits belong to large corporations. Unfortunately, most large corporations do not know how to use it. And moreover, it does not directly lead to wage increases for us. However, the strength of the Japanese economy is not to be dismissed. One word from Governor Kuroda can reverse the Yen’s weakness. That is to raise its own interest rates, as other countries do, in response to the U.S., and, to put priority to “Japan first” just like the U.S. However, it is necessary to stop money-grubbing and to start creating jobs within its own country. Like the New Deal policy of the U.S., it can stimulate the Japanese economy. Employee salaries in SMEs will go up. If we can create that opportunity, we can solve the problem.

The U.S. Department of Labor reported on September 2nd that nonfarm payrolls increased by 315,000 in August from the previous month. The unemployment rate was 3.7%, up 0.2% from 3.5% the previous month, the first increase in seven months. The average hourly wage was $32.36, up 0.3% from the previous month and up 5.2% from the same month a year ago. The labor participation rate rose to 62.4% in August, the highest level since March 2020. While a higher labor participation rate is a factor that suppresses wages, the relatively outstanding 5.2% growth in average hourly earnings could continue to stimulate consumption and accelerate inflation, so in an effort to curb inflation, the Federal Reserve Board (FRB) is expected to raise its policy rate by 0.75 points in September, as it did in June and July. The dollar will remain strong. 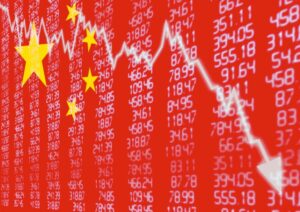 Meanwhile, China implemented a lockdown of Chengdu, the capital of Sichuan Province, since September 1st. Approximately 21 million residents were forced to stay at home. Chengdu is known for its concentration of technology companies and automakers, including Toyota Motor, and the city accounts for about 1.7% of China’s gross domestic product (GDP). The lockdown in Chengdu was extended until September 7th. A prolonged lockdown can severely impact the supply chain. There are currently 33 cities in China that are under full or partial lockdown due to “zero-COVID” policy, including Chengdu, with estimated 65 million residents affected. After the two-month lockdown in Shanghai, the impact on the Chinese economy must be beyond imagination.
On September 5th, a magnitude 6.8 earthquake hit Sichuan Province during the lockdown, and on top of that, record-breaking heat and water shortages, especially in the Yangtze River basin in Sichuan, Chongqing, Hebei, Hunan, Huzi, and Anhui provinces, have caused a decrease in hydropower generation and power shortages, forcing many companies to suspend operations due to the implementation of planned power outage. In order to avoid clusters, telecommuting is being implemented in many areas. On August 31st, National Bureau of Statistics of China released its manufacturing purchasing managers’ index (PMI) for August at 49.4, falling below the 50 mark, the borderline between boom and bust, for the second consecutive month. The outlook for the Chinese economy is a bit worrisome.
According to the World Steel Association, steel prices are falling worldwide. The main reason for this seems to be the economic stagnation in China. The zero-COVID policy has led to a slump in domestic steel demand due to a drop in real estate investment, and Chinese steel products that have lost their way are being exported, causing prices to drop to their lowest level since December 2020. However, the low prices do not seem to have gone far enough to stimulate demand due to the drop in consumption caused by inflation in Europe and the United States. It is expected to take quite some time for the global economy to revive.

The PMI (Eurozone Purchasing Managers’ Index) for the entire Eurozone released by S&P Global on August 23rd was 49.2 overall, down 0.7 points from the previous month, and 49.7 for the manufacturing sector, down 0.1 point from the previous month, falling below the 50 mark, the borderline between boom and bust, for the second consecutive month. This was the lowest level since February 2021. In particular, the economic modulation in Germany is becoming more serious. Weakness in the German economy is putting downward pressure on the euro currency. According to Deutsche Bundesbank, consumer price inflation, which was over 8% in July, is expected to reach around 10% this fall. Concerns about stagflation (a phenomenon in which inflation (price increases) occur at the same time as the economy is in recession) also cannot be dismissed.

The trade press reported that freight rates on major routes dropped sharply in September, with spot container freight rates from Shanghai to the West Coast of North America on September 2nd at $3,959 per 40f, down $1,175 from $5,134 the previous week. This is the first time that freight rates to the West Coast of North America have fallen by more than $1,000 in one week. Freight rates to the East Coast of North America also fell by less than $500 from the previous week to $8,318 per 40f. One of the reasons for the drop was reportedly that major U.S. retailers placed larger orders in anticipation of delays caused by port congestion, but the cargoes arrived earlier than expected due to the resolution of port congestion, resulting in a shortage of storage space, and subsequently refrained from placing orders. For European routes, freight rates to Northern Europe were $4,252 per 20f and to the Mediterranean were $4,774 per 20f, both down $200-300 from the previous week.

One branch of the IWLU, the North American West Coast Longshoremen’s Union, has passed a vote for the strike at the LA/LB ports, the September 8th trade paper reported. The progress of the strike is worrisome because it was hoped that this year’s negotiations would proceed without disruption. As for the Labor-management negotiations among the 30 major railroads in the U.S., by the end of August, three of the 12 unions had reached tentative agreements with the railroad company, but the remaining nine unions have yet to come to an agreement and the situation is closely watched. Meanwhile, labor-management disputes were frequent at major European ports, with truck, rail, and port operators demanding wage increases to compensate inflation. This will disrupt supply chain. It will undoubtedly continue to make container inventory management more difficult for shipping companies. As a result, container leasing companies’ utilization rate is still high and is likely to operate at 97-98% or higher this year. 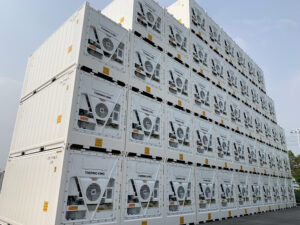 On August 25th, China’s CIMC Group, the world’s largest container manufacturer, announced that it had abandoned its bid to acquire the Maersk Group’s container manufacturing division MCI after the U.S. Department of Justice expressed concern that the Chinese state-owned company would account for more than 90% of the market’s shares. Maersk and CIMC agreed to sell MCI for $1,083.8 million on September 28th, 2021, with delivery to be completed within 2022. Following this, refrigeration equipment manufacturers, such as Carrier Transicold and Daikin Industries, or investment firms etc. have already come forward to express interest in acquiring MCI. The future of the deal will be closely watched.