It is already the end of another year. I feel as if a year has gone by in the blink of an eye. A year ago, I thought that COVID-19 will end up with the Delta variant, but this year, it was quickly replaced by the Omicron variant. Although there have been few deaths or severity, the 8th wave has started to spread in Japan. Hundreds are dying every day. Except for China who has enforced a “Zero COVID-19 Policy,” most of the world has turned to live in the new normal “With COVID-19” in favor of economics. Winter is coming, and it will be difficult to distinguish between COVID-19 and influenza, and further confusion is expected.

Two things have happened this year that are inexplicable. One is that Russia invaded Ukraine in February and the fighting continues to this day. There have been many casualties, not only of Ukrainian citizens, but also of Russian citizens. Russia has too much to lose. Is there really any justice in this war by Russia? The world has imposed sanctions on Russia, causing logistical turmoil, energy crisis, and food problems, and ultimately giving the world the fear of nuclear war.
The second is the Chinese government’s authoritarian “Zero-COVID Policy”. The thoroughness is nothing more than astonishing. It has imposed lockdown throughout the country which could reduce the economic power of the world’s second largest GDP, restricted the movement of its 1.4 billion citizens, and put China in a state of national isolation. On the other hand, was it to make the Beijing Winter Olympics and Paralympics a success for China’s prestige? (Beijing became the only city to have hosted both the Summer and Winter Olympics and Paralympics.) Was it to realize President Xi Jinping’s third five-year term? In reality, it interrupted, disrupted, and destroyed the global supply chain and made it lose its luster. But it was good that people’s desperate protests have moved the government slightly toward lifting the restriction.

On the other hand, the Chinese government’s “Zero-COVID Policy” had an unexpected impact.
As you know, the strong purchasing power of “stay-at-home demand” and “revenge consumption” under the COVID-19 pandemic, especially in North America, has caused shortages of containers and vessel space in China and Asia, where the cargo is shipped out. In addition, it has led to many vessels waiting offshore at U.S. ports, such as Los Angeles and Long Beach. As a result, it caused an unprecedented rise in ocean freight rates.
In the midst of such global logistic turmoil, the Chinese government imposed an urban lockdown on Shanghai (24 million residents) for two months from April to May this year. This resulted in more than 300 vessels waiting offshore at the port of Shanghai. During the lockdown, the number of container vessels from Shanghai and other Chinese ports bound for North America was severely restricted. On the other hand, shippers and shipping lines shifted their discharge ports from the west coast to the east coast of the U.S. in an attempt to solve the problem of vessels waiting offshore at the ports of Los Angeles and Long Beach, and the number of waiting vessels seems to be zero at present. 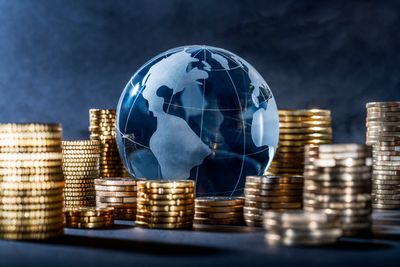 According to the November employment statistics announce by The U.S. Department of Labor on December 2nd, the nonfarm payrolls increased by 263,000 from the previous month, a slowdown from October’s 284,000 increase. The unemployment rate was unchanged from October at 3.7%. Average hourly earnings were up 0.6% from the previous month, expanding slightly from 0.5% up in October. Despite massive layoffs in the IT, transportation, and warehousing sectors, the employment system is quite flexible in the U.S., so the employment is as strong as ever and the economy is solid, I believe. Therefore, it is said that the Federal Reserve Board will continue to raise interest rates, albeit modestly.
Investment money is always wondering around the world looking for the opportunities to make profit. Perhaps because there has been a lull in the rapid appreciation of the U.S. dollar, it is said that “investment money is returning to emerging markets stock.” The MSCI Emerging Markets Index (in local currency) rose by 11% in November, the first monthly increase rate in 13.5 years since May 2009. The emerging markets index hit a high in February 2021 and then continued to decline until late October of this year; November’s increase was about a third of the decline, but it seems they believe that stocks of emerging market companies are a good buy compared to the growth potential of emerging market economies.
Meanwhile, U.S. FRB Chair Powell raised interest rates four times in a short period of time in 2022 to counter inflation. Major countries responded by raising interest rates as well to defend their currencies. However, BOJ Governor Kuroda stubbornly continued the monetary easing policy symbolized by negative interest rates, which was targeted by speculators and led to a sharp depreciation of the yen from March this year, down to $1.00=Yen150 on October 20th. Finally, the Ministry of Finance tried to defend the yen by selling dollars and buying yen on hand, but this did not have much effect.
The Ministry of Finance announced on September 1st that the retained earnings of Japan’s major corporations are approaching 500 trillion yen. There is no way that global investment money would leave investments in corporate stocks in a country with this much financial power. Although there is an inverse relationship between stock market appreciation and a strong yen, Japanese corporate stocks should be very attractive to global investment money in the current dollar/yen exchange rate. We believe that the dollar/yen exchange rate should be more appreciated once Japanese companies’ abilities are better understood. Since the yen has already appreciated to $1.00=Yen136 level, we expect the yen to return to $1.00=Yen110~100 by this time next year.
The U.S. Senate passed a bill on December 1st that would require railroad unions to accept government arbitration proposals. This will bring railroad labor-management negotiations to a conclusion. On the other hand, there has been no significant progress in the ILWU/PMA labor-management negotiations, which are expected to be carried over into 2023.

According to Japan Maritime Center, October exports from 18 Asian countries/regions to the U.S. fell 9% from the same month last year to 1,625,000 TEU, the second consecutive month of decline year-on-year, and the extent of the decline increased from the 3% drop in September. It was due to a large drop in exports from China, down 20% to 871,000 TEU. On the other hand, exports from ASEAN (Association of Southeast Asian Nations) increased 22% to 415,000 TEU, with Vietnam’s 29% increase to 199,000 TEU being the most notable. Exports from Japan were also up 25%, to 53,000 TEU.
Shipping Guide cites Drewry Maritime Research’s December 1st World Container Index (WCI) for eight major routes. The overall index fell 5% from the previous week to $2,284.10/FEU, the 40th consecutive week of declines and a 75% year-on-year decline. It reports a 78% drop from its peak of $10,377/FEU in September 2019 and 15% below the average of $2,639/FEU over the past 10 years. Last week’s spot rate by route wise was down 9% ($438) to $3,408/FEU from Shanghai to New York, and down 1% ($30) to $2,039/FEU from Shanghai to Los Angeles. The freight rate adjustment is expected to continue for the time being.
Major container shipping lines continued to post record profits in the July-September period of 2022, securing an increase over the previous year despite the weakening of container freight rates since the summer. However, profit levels remained same or declined compared to the April-June period. Profit margin on sales was Maersk 48%, CMA-CGM 46%, Hapag-Lloyd 58%, Zim 60%, HMM 55%, Evergreen 64%, Yang Ming 58%, WAN HAI 39%, and ONE 59%.

A research institute estimates that North America will have 4.3 million TEU of excess containers in January 2023. Shipping lines are now beginning to off-hire redundant lease containers worldwide. Although there are the large number of ports worldwide that leasing companies list as off-hire depot, they do not always have enough space to accommodate the containers they are leasing to shipping lines when they are off-hired. We can consider the containers newly built during the past three years (2020, 2021, and up to October 2022) are the redundant for shipping lines. The total (Dry + Reefer) is approximately 13 million TEU. Leasing companies have no choice but to work hard to gain a generous understanding from shipping companies. It was exposed that off dock container storage space is surprisingly limited around the world. 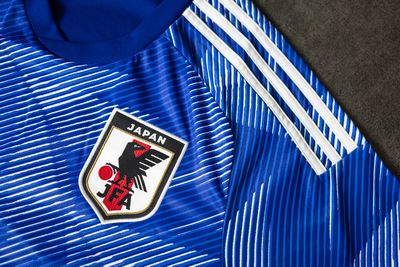 The performance of the Japanese team in the World Cup was wonderful. They advanced to the final league to play against Croatia 1-1 and then lost in a penalty shootout. A commentator said that the reason why Japanese young players in their 20s were able to compete with famous European professional players without hesitation was because they play for European teams. I agreed with him with sleepy eyes. Go out and see the world, young people!
We currently have 25 employees. Half of them are young people. One-third are women. The growth and success of our female employees is particularly remarkable. I have high expectations for the future of young people and women in Japan.